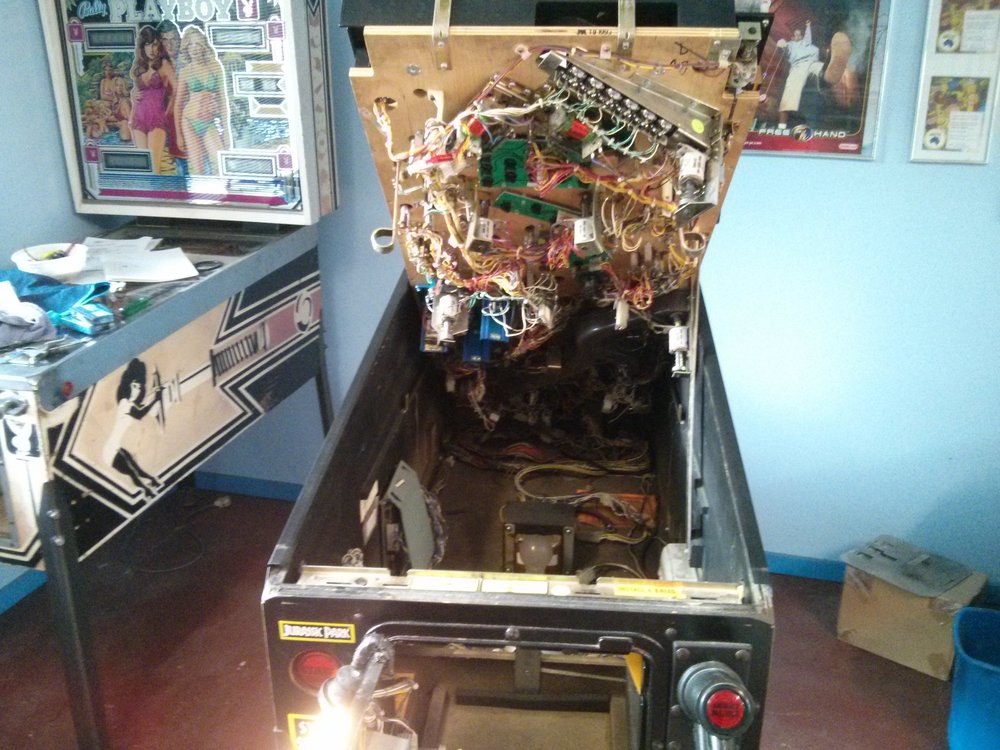 Under the playfield of the Jurassic Park

My dad owns a couple of Pinball machines, for the last year or so they’ve been sitting with “out of order” signs on them so I thought it was about time they got some maintenance and I did some repairs when needed. As well as fixing the things that needed it we did a clean of the playfield and I took a heap of photos of different parts. Pinball machines really are an amazing electro-mechanical device and it was good to contrast the relative simplicity of the older Playboy (1968) to the newer Jurassic Park (1993).

The main problem with both machines was that the rubber rings over the flippers, slingshots and other playfield parts have deteriorated over time and no longer have any elasticity in them. As well as the problem with the rubber there were a few globes needing replacing as they’d either burnt out or been hit and smashed because of the loose rubber. When running the diagnostics modes on the machines we also identified two switches that needed adjustment and one switch that needed replacing. Here are some of my photos I took of the electronics while working on the machines. For better photos of the playfield, backglass and cabinets check out the Internet Pinball DataBase, Playboy and Jurassic Park.